Let Fix Bad Credit do what we do best, so you can get on with living life at its best.

Being in debt is hugely stressful. When your debt only seems to increase, living life can become frustrating and at times, exhausting – often you can’t sleep at night, your relationships are affected and even everyday tasks like buying groceries can seem overwhelming. If you’re struggling to pay off your debts and have started missing payments, or are only managing to service the interest, debt negotiation may be the way to go for you.

Debt negotiation is simply the process of negotiating your debts with your creditors to come to a mutually acceptable debt solution. This usually involves an informal payment arrangement to pay your creditor off over time, deferring payments until you get back on your feet or making your payments more manageable and affordable. Debt negotiation is the process of negotiating your debts with your creditors to come to a mutually acceptable debt solution.

The impact of stress can lead to physical health problems, including decreasing our capacity to fight off illnesses – which is the opposite of what we all need right now. To keep yourself from drowning in your debt, you could take out more loans or use multiple credit cards, but the harder you try to get out of debt, the deeper you sink, and sometimes if you are only paying off the interest, it can feel like you are trapped.

If you are experiencing that familiar sinking feeling of seeing another bill in the inbox or avoiding calls in case they are from aggressive creditors and debt collectors, we recommend you consider talking to us about debt negotiation. What are the benefits of debt negotiation?

Why would a creditor be interested in debt negotiation?

There is a well-known proverb ‘A bird in the hand is worth two in the bush’, meaning it’s usually better to hold on to what you have, rather than take the risk of letting it go in order to chase after something better that you might not get. Many creditors are willing to negotiate debts should you have fallen on genuine financial hardship.

What this means from a creditors perspective is that they are going to end up with something, even if it is not the full amount owed, rather than taking a chance on payments that might not come or going down the route of seeking court action, which might end up costing them more. If you’ve been paying back your debt for a while you may already have paid off the principle amount you initially borrowed, so any further payments you make represent a profit to the creditor.

So, if you simply can’t repay what you owe and your only solution is bankruptcy, for example, the creditor won’t be able to recover what they are owed. However, if the debt is negotiated and settled for a lesser amount, at least they will get back some of what is owed to them. When a creditor becomes aware of your inability to pay back your debt, they are exposed to the risk of not receiving what they are owed, thus it’s in their best interest to protect their bottom line by accepting as much as they can, even if it is not the full amount. How Fix Bad Credit can help

Debt negotiation involves entering into informal payment arrangements with your creditor(s) to enable you to pay them off over time, potentially deferring payments until you get back on your feet or making your payments more manageable and affordable. Your Fix Bad Credit debt expert conducts a comprehensive analysis of your financial situation to understand your position and determines repayment arrangements that work for both you and your creditors. Our legal team is then poised to enter into debt negotiation processes with your creditors on your behalf. Our debt negotiation process involves negotiating with your creditors to change the terms of your current loans to make your debts more manageable and affordable. The negotiated new payment plan could include:

The most common kind of debt that is negotiated is unsecured debt—money owed on credit cards, store cards or personal loans and larger phone and utility bills. This kind of debt doesn’t have property or other assets secured against it, whereas a secured loan does, and the creditor is more likely to repossess a house than accept a payment for less than it is worth. Any kind of negotiation can be intimidating but debt solution experts, like Fix Bad Credit, can take a lot of the stress and emotion out of the debt negotiation process for you.

Experienced negotiators, like ours at Fix Bad Credit, are debt solution experts, with good relationships with creditors, which enables us to potentially be able to reach an agreement more quickly, while also getting a better deal than if you go it alone.

The team at Fix Bad Credit are well versed in the legislation, and compliance that a credit provider must adhere to. Our team of legal experts identify areas where the credit provider may have breached its legal obligation and we use that as leverage to get the best possible outcome for our clients during the Debt Negotiation process. With years of experience in the industry, we will achieve an outcome that’s best for you, allowing you to get on with living a debt free life. Going it alone? What are the tips to successful debt negotiation?

Any kind of debt negotiation is most successful when you are suffering from genuine financial hardship such as losing a job, unexpected medical expenses or illness, divorce, or death in the family. As well, credit card providers, for example, are not going to take too kindly to a debt negotiation to pay back a maxed out credit card if your recent statement displays that you have been using the credit card to acquire overseas holidays, weekends at hotels, five star dinners, extravagant entertainment or shopping sprees. However, if you can demonstrate that you’ve only used it for the necessities in life for the previous three to six months, then they will be far more understanding, and willing to work with you to achieve an outcome that’s in the best interest of both parties.

Some tips to help you be successful in debt negotiation include:

What are your debt negotiation options?

The aim of debt negotiation is to pay off your debt. Depending on your specific personal and financial circumstances there are a variety of arrangements you may be able to propose to your creditor, such as: 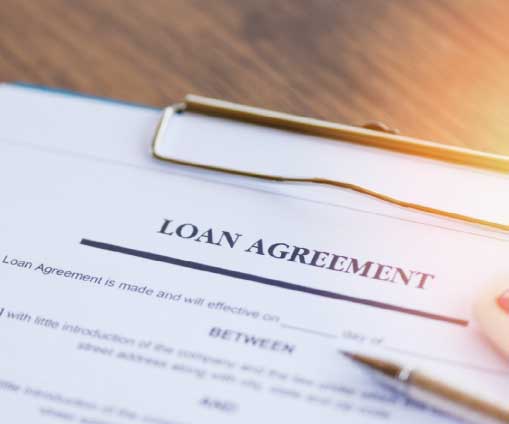 If you’re experiencing ongoing financial hardship, you may need to consider formal debt solutions such as: For more information on whether debt negotiation might be an option for you, call one of Fix Bad Credit’s debt experts on 1300 406 172.  Our team of debt experts can help you assess your financial situation for free and identify debt solution options tailored for your specific personal financial circumstances, using their in-depth knowledge of credit law and debt processes.

Debt is one of the few stressors in life that doesn’t go away.  The worry is always there, along with the feeling that there is nothing that can be done about it. Money and debt worries cause heavy emotional and mental burdens, affecting your health, your work and your relationships. But just know you’re not alone.

If you’re feeling overwhelmed by money matters, we’re here to help you find relief from your debt stress. Talking about debt can be daunting. It’s hard to know where to start or what your options are. However, you can take a small step right now by picking up the phone.

Take Control of Your Debt and Start Living Financially Free

Get your free credit assessment and consultation with our experienced team. You’ll receive tailored recommendations at no cost and with no obligation.